Wildlife rehabilitation involves treating and caring for injured, orphaned or sick wild animals in preparation for their eventual release. The importance of wildlife rehabilitation is paramount so that as many animals as possible can be returned to the wild. There they can continue to play their roles in the greater ecosystem. Vulnerable and endangered animals need a safe space to recover and Shamwari aims to be that special place.

The Significance of Wild Animal Rehabilitation Centres in South Africa 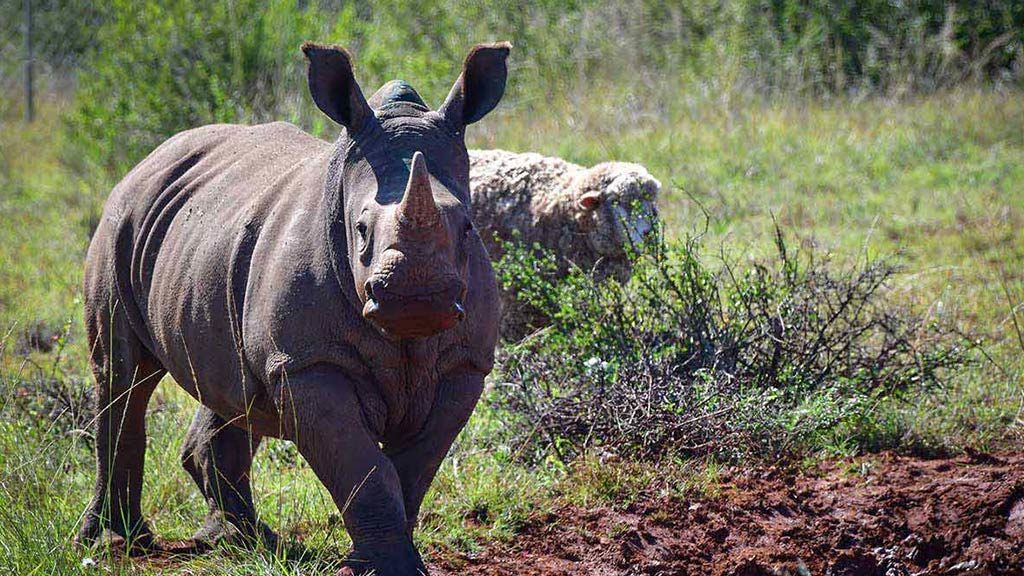 Rhino poaching is a terrible epidemic wherein these unique creatures are poached for their horns. It’s happening not only across South Africa but the globe. In some cultures and countries, it’s believed that rhino horn has medicinal properties. However, this is purely a myth. Rhino horn is made up of keratin, a substance found in human nails and hair. Regardless of the truth, the rhino is poached at an alarming rate and thus all four species found throughout the world are endangered.

Shamwari’s Wildlife Care Centre has served as a temporary home for several orphaned rhino calves when their mothers became victims of poaching. These poor calves are left traumatised after seeing their mothers’ horns hacked off by poachers. More often than not, calves are killed alongside their parents.

Wildlife recovery centres focus on education as much as rehabilitating animals. Creating awareness and educating people is at the core of most rehabilitation centres. At Shamwari, guests that visit the Wildlife Rehabilitation Centre are given a thorough tour of the centre itself, as well as the animals in the enclosures. A member of Shamwari’s dedicated team will explain Shamwari’s approach to wildlife rehabilitation: it’s a very hands-off approach to ensure the successful release of animals back into the wild upon recovery.

Guests can view animals through a peephole. This is done to minimise human interaction and involvement with the animals, keeping things as natural as possible. 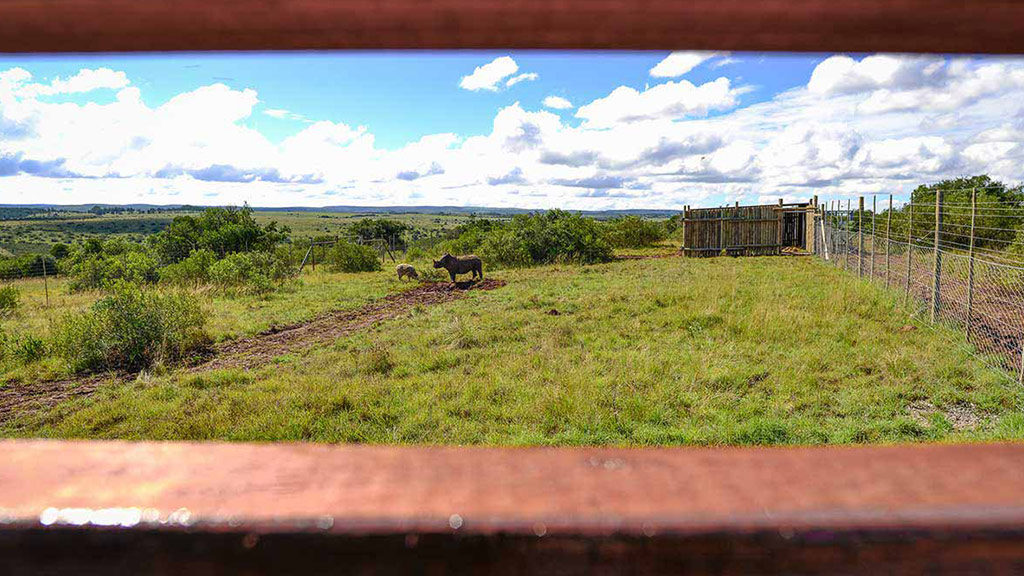 We currently have several animals at Shamwari’s Wildlife Rehabilitation Centre, including a buffalo calf and a gemsbok and eland pair that have been together since their arrival. They are both still quite young and have become great friends. Two caracals that were rescued from the surrounding area also call the rehabilitation centre their temporary home. These are just some of the animals that Shamwari are currently helping on their road to recovery.

Shamwari has several dedicated carers that look after and feed all the centre’s animals every few hours. It’s a full-time job keeping everyone happy and well-fed!

Two elephant calves also call the Shamwari Wildlife Rehabilitation Centre their home. Young elephant calves need plenty of affection and love as they would get from their mothers in the wild. Amara is an elephant calf that was left orphaned and has only grown from strength to strength since arriving at our rehabilitation centre back in 2017. She is now much larger and has a friend that came from a neighbouring reserve, Stella. Shamwari has one of the top wild animal rehabilitation centres in the country and receives many animals from neighbouring farms, reserves and communities for devoted rehabilitation and care. Under the expert care of Dr Johan Joubert, many animals, both big and small, have been looked after and rehabilitated successfully.

All species are welcomed and embraced by our dedicated team, who work tirelessly day and night. Their reward is truly special: weak orphan drinking for the first time, growing in strength and finally being returned to its natural environment. Priceless.

The primary goal is to ultimately return all animals in Shamwari’s care back to the wild – or at the very least give them the best possible chance of succeeding. To achieve this goal requires a sensitive touch. Treatment is provided by our skilled vet, vet nurse and their team. Rehabilitating wild animals for eventual release is no easy feat! At Shamwari’s state-of-the-art facility, injured, ill or abandoned animals are treated and cared for before being released back into the wild. It forms part of a USD 25m investment in Shamwari by the reserve’s owners, Investment Corporation Dubai.

Shamwari CEO, Joe Cloete, says the new facility focuses on rehabilitating animals without habituating them to humans so that they can eventually be returned to their natural habitat.

“It’s an important step in the fight to preserve Africa’s biodiversity and natural splendour. This operation has become an epicentre for successful wildlife rehabilitation and the facilities we’re opening today will be integral to that. It will also be the new home to the Wildlife Rehabilitation Team under the stewardship of wildlife vet, Dr Johan Joubert, and ecologist, John O’Brien.”

“It’s where they and their team will apply and share their accumulated experience, knowledge and expertise with professionals across Southern Africa and beyond. It’s also integral to the Shamwari experience, providing a rare insight into the complex business and day-to-day realities of environmental conservation,” Cloete adds.

“The reserve’s wildlife rehabilitation operation has been essential to its success and has gained local and international recognition for its pioneering work. Our continent’s once-bountiful wildlife is under pressure as never before, so rehabilitation of sick, abandoned or injured wildlife is an important component of wildlife preservation.”

Within South Africa, there are many rehabilitation centres focus purely on bird species. Large wild birds are particularly tricky to rehabilitate and care for, especially raptors. These are birds of prey, such as hawks, owls and falcons. They need to build up their flight muscles after a long recovery period to ensure their successful re-release back into the wild.

Shamwari is home to many bird species. Not all injured birds come from Shamwari, however – some have been brought in from neighbouring reserves too.

At the Wildlife Rehabilitation Centre, Shamwari has cared for several wild birds – more than a few of which have been spotted eagle-owls. These birds of prey are particularly feisty and often give Dr Johan Joubert a hard time!

Read about the success story of an injured spotted eagle-owl chick that fell from its nest and was successfully rehabilitated and released at Shamwari here.

It’s important to know and be aware of the various wildlife rehabilitation centres in your local community. Should you come across an injured animal or bird, you can contact the mand they’ll be happy to assist you, taking the animal into their care.

Here’s a list of the top reliable wild animal rehabilitation centres in and around the country: