The Benefits Of Going On Safari In Winter

Winter is arguably one of the best times of the year for going on safari, between May and extending all the way through to Spring in September.

Here are a few reasons why:

South Africa, in particular the Eastern Cape, experiences a generally dry and mild winter. The mornings and afternoons tend to be cooler, whilst during the day temperatures tend to be warm and pleasant.  Bearing in mind it will be wise to pack a few clothing options to suit all weather patterns as winter varies all over Africa. Warmer jackets and sweaters are essential for game drives however, cosy blankets and hot water bottles are supplied to make your game drive that much more enjoyable.

Game viewing is spectacular in the winter months as the animals tend to stay active for longer. Animals tend to flock to water holes as a result of little rainfall in during this time and this makes for interesting wildlife encounters. The more elusive and nocturnal animals tend to appear out in the open on cooler days, as opposed to their reclusive behaviour in summer months. Hippopotamuses often graze out in the open during cool winter days or they can be found wallowing in the mud. In the summer months the sun is too harsh on their sensitive skin. There’s a higher chance of seeing the nocturnal aardvark, as well as other creatures that come out at night. 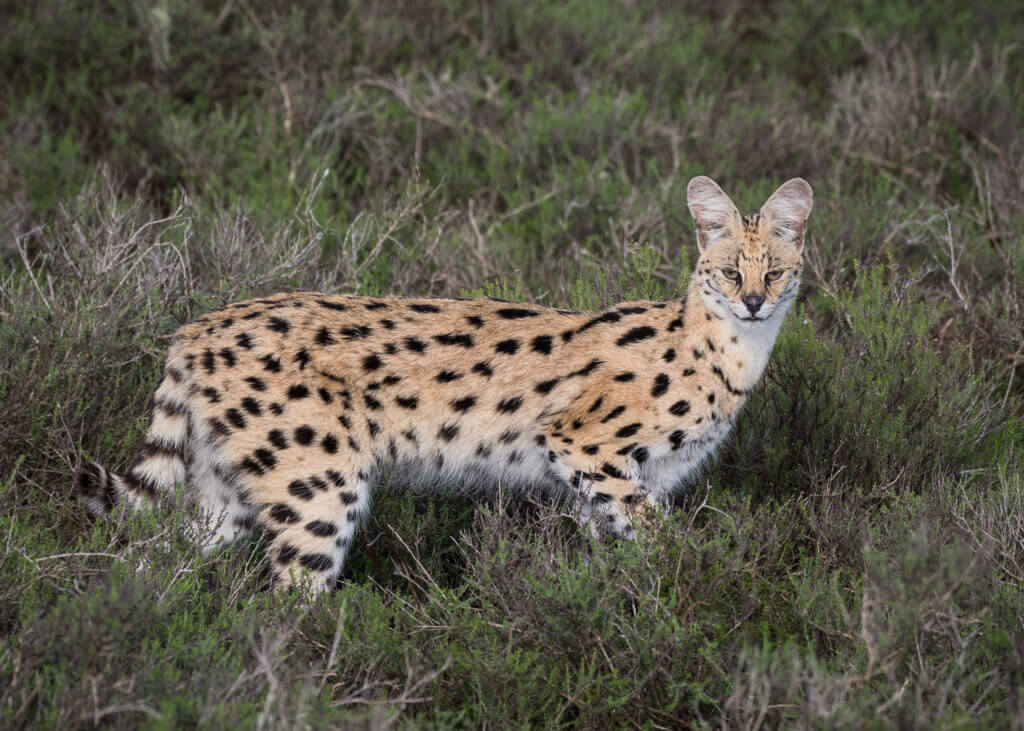 With winter being our quieter months, you may be pleasantly surprised when at some lodges, as you have a greater chance of ending up with your own private vehicle. A little something that can make your winter safari in South Africa even more special. As it falls in our low season, guests will also find that the rates are much more affordable than the busy, peak summer months.

So, if you haven’t yet been on a safari in winter, why not give it a try? It could turn out to be something magical and memorable!

Does it feel as though you haven’t had a proper escape from the realities of everyday life in forever? Have you been feeling restless after months of primarily being stuck at home due to COVID-19? Then it’s high time for you to indulge in a luxurious bush escape to the breath-taking Eastern Cape. Discover why a bush breakaway to Shamwari is just the right medicine to heal your tired, restless soul. All About Bush Breaks at Shamwari Private Game Reserve Shamwari Private Game Reserve spans 25 000 km2 of restored and rehabilitated wilderness. The grounds are home to a wealth

Why Indulging in One of the Private Safari Experiences in South Africa is a Must South Africa is without a doubt one of the most gorgeous countries in the world. This is in no small part thanks to our country’s wealth of unspoiled wilderness and the unique wildlife that inhabit it. If you wish to experience the best of the African bush, then you need to indulge in a private safari and 5-star experiences at one of South Africa’s top private game reserves, such as Shamwari. Why should I opt for a private safari in South Africa instead of visiting

Do you love being surrounded by nature? Are you an avid foodie or yoga practitioner on top of that? Then Shamwari has just the game reserve special for you. Read on to learn more about our delightful and exciting special offers. A Safari Getaway Special Created Especially for Foodies and Epicureans Do you take great delight in trying your hand at preparing new dishes? Is the Food Network your favourite TV channel? Or perhaps you enjoy nothing more than tucking into a gourmet meal at one of the trendiest new restaurants? If you’re a lover of the finer things in